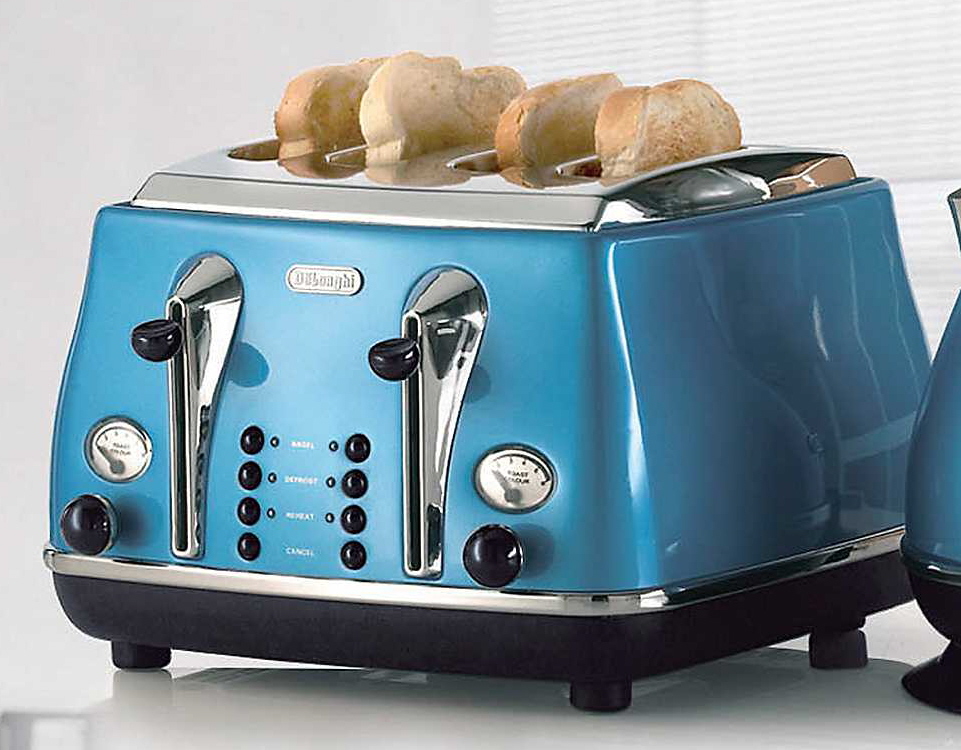 Why Social Media is more powerful than a Toaster.

By Brent Spilkin6th Sep 2012No Comments

I like Toast. I like toast a Lot. I can’t function without a slice of toast first thing in the morning. Every morning I make toast. I have owned toasters before but I longed for a particular toaster. A classic toaster.

For this reason, last year June I bought the “Rolls Royce” of toasters. This Toaster is the envy of every toast lover in the world. Now I wasn’t prepared to spend the R 8,500 for a new toaster, but the retailer who stocked the brand, had a second hand toaster in stock that had made just over a month’s worth of mornings toast. I like to think that it made about 30 slices of toast. The price for this sought after, second hand toaster was R 6700. After much deliberation and discussion with friends & family, I decided that I was going to buy this toaster as it would last the rest of my life and always be seen as a collector’s item, of sorts.

The retailer also made the following claims about the kind of service it would provide for this Toaster: The salesman, who I shall name Atum, made it clear that should the toaster break down, that a replacement toaster from the same range would be given to me while my toaster was repaired. This service would be immediate and available 24-7. He also said my toaster would be sent to Cape Town, at the retailer’s expense, over the December period, while I went on holiday so I would not be without my beloved toaster. I loved the idea of this & I bragged to my friends and social networks about this amazing service.

I took delivery of my toaster with pride. I took pictures of my toaster on Instagram and talked about it all over Twitter and Facebook. I became a brand advocate and “sold” the toaster to everyone I met. I loved it. I mocked everyone who had a cheap ‘n nasty toaster. It changed my life, until it broke down while I was making breakfast one Sunday for all my friends. It just died in a puff of smoke and I just died of embarrassment.

I called Atum who originally sold me the toaster just a few short weeks earlier. Over the phone he asked me a few diagnostic questions about the toaster and together we managed to quick-fix the toaster. A simple wire had come out. I managed to make a few more pieces of toast for my friends who were now jesting and laughing at me.

Not 2 weeks later and a similar incident happened, while I was about to make myself some peanut butter on toast, for dinner. This time I couldn’t fix it myself so again I called Atum, who promptly came out and managed to fix the toaster as a small pipe had come loose. Panic avoided.

Over the next 2 months, my toaster broke down three times more. I was starting to get fed up with the fact that whenever I needed a piece of toast, I couldn’t make it. The toaster went in for repairs on each occasion and after many apologies from the factory and store, the problems continued. Not once was I given a replacement toaster while my baby was in for repairs.

Over the past 14 months my toaster has gone in for replacement parts and non scheduled services about 8 times and has been looked at by their on-site repair people as many times. The service guys now have my number on their cell phones and now answer “Don’t tell me… I can’t believe it!”

The Toaster has now made more slices of delicious toast than my original warranty will cover and I’m now being charged for call outs every time I have an issue. I have been left with spare parts and fuses to fix my baby every time it dies. I’m scared to make toast cause I don’t want it to die again and cause me stress & frustration. I love how my toaster looks sitting in my kitchen but I’m now using my oven to make toast, the old fashioned way.

To make matters worse, a friend of mine has now shown me where certain parts of the toaster have been re-sprayed indicating that the toaster may have been badly damaged before I bought it. This was not indicated to me when I bought it.

Those of you that know me know that the only thing I love more than toast is social media. To my joy the supplier and local re-seller of these toasters have now joined Twitter. Even more exciting is the fact they are paying an external company to handle their social media needs. Now in a perfect world these suppliers would take back the toaster & refund me in full, or at least a fair discount on my price paid and all would be forgotten. I would buy another toaster and leave them in peace.

But this isn’t a perfect world and I am no Twitter Troll, I’m absolutely toying with the idea of intercepting every single tweet that this brand makes to a potential client and directing them to this blog post. Hopefully the money they spend on social media for a period of time will be well wasted and a little bit of financial justice will be had and karma will be restored.

Maybe the brand will realize that new media is not old media and customer complaints can’t just be swept under the carpet as done previously. If you want control of your brand on social media you need to have a rounded customer service experience in real life. So the cost of buying back my beloved toaster will now be traded with cost of running the social media account in vain and perhaps a few lost sales of potentially new clients.

I am so disappointed that these retailers have taken something that I loved and destroyed it for me. I also hope they realise they have taken a real brand ambassador of theirs and pushed me to an opposing brand.