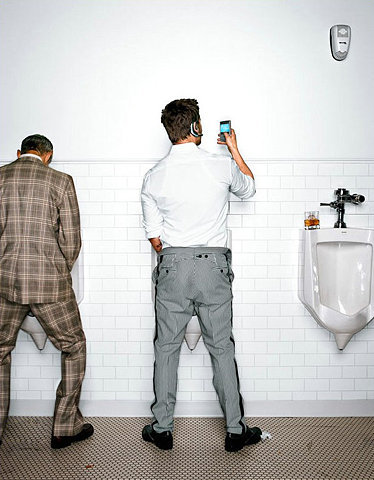 Why my social network rocks (in 500 Words or so)

Yes I chose Twitter over Facebook or any other Social network – even though
it doesn’t have its own blockbuster movie yet. Besides the hours of distraction from “real life” issues like work, traffic
and crime stats, TW gives me the opportunity to meet and mingle with people
in “real life.” Now a “tweet-up” really is as geeky as one can get, short of
a tweet-up with the “society of pocket protectors.” So I don’t attend
tweet-ups. I attend what I like to call “informal TW group blind dates” for
boys and girls alike. Its bulk. Its discounted. Its less stressful and it
Rocks! TW has given me the right to be obnoxious when I want, sexually deviant most
of the time and allows me to interact with people who would normally never have
access to me. Now that’s arrogance I can’t get enough of. Thanks TW for
giving me the gift of meeting new people and then un-following them at will. Use it, don’t use it.
@spillly (with 3 L’s , bitches)