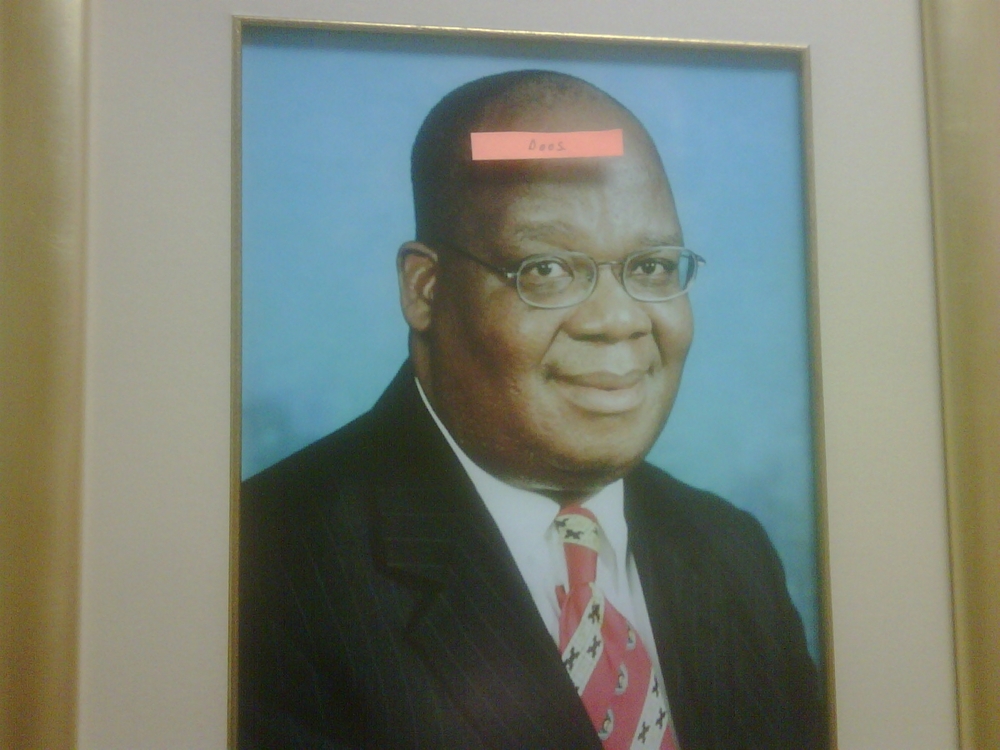 This is Amos Masondo and this is what I think of him. 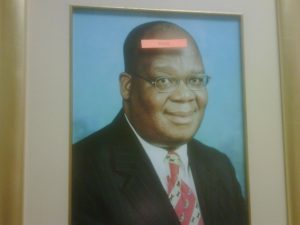 I would like to start off by clarifying that I’m the first to brag about how
much I love Johannesburg and South Africa. I had the opportunity to leave
the country and decided to stay. Not just stay, but invest my hard earned
honest money in the country and always promote Jo’burg whenever I can.

I’m am not naive to the politics and conditions under which we live here. I
am aware that there are huge pro’s and equally large con’s to such a mix, of
first world and third world environments. I made the decision to stay here
on the basis that my lifestyle must be one which is 1st world, luxurious and
easy. This is the trade off against crime and poor service delivery. My
concern is a new one. The frequency which I now come in contact with the Government departments is
becoming far more regular. This is 100% due to of the lack of service in
these departments. Let me explain. The government-run departments, like
Water and lights, the police force and courts should run in the background
of our lives. They should do what needs to be done and we should simply pay
for the services, either direct or through taxes. When these services
collapse, as I see they are, then we have to contact the departments and try
get the service up and running again. This is not how it’s meant to be. In
the past week I have spent two days in a municipal court and several
(hundred) hours in the Joburg city council. The courts are beyond a joke. After several deferrals our small case was
eventually heard on Monday. And Tuesday. And Wednesday. What could have
taken a strong-willed eager judge perhaps 2 hours to trial has taken 3 days
and a year after the actual crime was committed. (Read here about the crime:
https://spillly.com/friday-nights-adventure-starring-starsky-hutc ) Before
the trial even started the state prosecutor told me that there is no chance
of finding the accused guilty, even though they were caught in our vehicle,
after hours, offloading stolen stocks at their home and could not prove
where the stocks came from. The Prosecutor read the Sun Newspaper throughout
my testimony and the clerk of the court had a solid 2 hours sleep with her
feet up on a chair while the defendants gave statements. Court was to start
at 8:30 sharp (so we were told) but at 9:25 the honorable Judge strolled in,
only to take a quick 25 minute break at about 10am. At 11am is the 15 minute
tea time which lasted until 11:55 only to be stopped again at 1 for lunch.
Again at 20 past 2, we continued only to stop at 3:30pm when the courts
close. After the accused basically agreed to take the stocks without
permission, the prosecutor made it clear that they would not go to jail as
the sum stolen was too low. Too low according to what ? So after 2 rather frustrating days in court, we were told that my business
premises would not have any power all of Wednesday. I took this as a
positive and decided to venture into the Joburg Council to try get my rates
n taxes invoice which I have not received in 8 months. I walked in, got a
number and proceeded to sit the waiting area with 300 other hopeful
customers. The state of the art Queuing system which is proudly punted all
over the wall asking me to adhere to the system was broken. No surprises
there. Every 20 minutes or so a security guard came out and in very broken
English called the next 5 numbers. At 12pm they were calling number 42 – 47.
I was number 195. At 3:15 after losing all feeling in my bum-cheeks I was
called. Rather excitedly I stood up and walked through the “pearly gates”
only to find another queue about 15 people deep. By this stage of the
afternoon, with the place closing at 4, most of the consultants had already
stopped assisting “customers” and were sitting around tables with cokes and
tea having a good old giggle, all while avoiding eye contact with me and the
now very frustrated people in my line. So Frustrated, that the one Lady lost
her cool and short of assaulting the council worker, grabbed him by the
shirt and tried pulling him over the counter. Several people were “I should
have You-Tube’d that for carte Blanche” – as the consultant was way out of
line. None the less, my query was not addressed and I must just wait for the
SAP migration to be completed. This started in the 1st quarter of last year.
I am in credit for R12,500 while my ex neighbour, who moved 6 years ago,
now has my account and owes R 33,000 odd. Hope he doesn’t get arrested
because we know what kind of prison he will spend a night or two in. I don’t Vote DA cause I believe in their higher cause or the promise of a
better future in this country. I vote DA because the ANC need opposition to
keep them on their toes. Keep them honest. Keep them competitive. All I want
is to live my life without the dusty hallways and unhelpful faces of the
government. I want to pay my taxes, pay my bills and live my life in the
most beautiful country I have ever been into. @spillly. Ps, the picture is of Amos Masondo, the Executive Mayor of the City of
Johannesburg, taken on the wall of the Joburg metro offices. He is known as
a former Robben Islander, Soweto civic activist and COSATU trade-unionist.
Now He is also knows as a “DOOS” as the sticker across his face politely points
out. At the very least, the unmotivated staff could take that off…