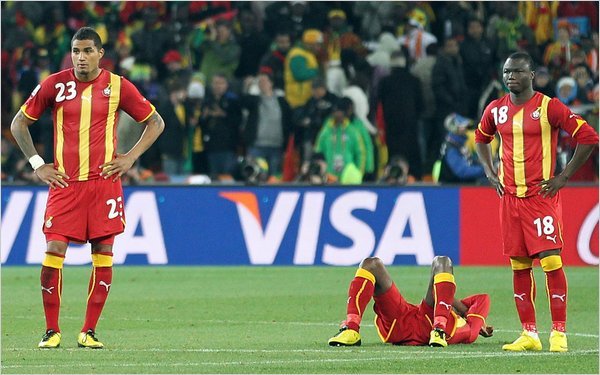 For the 1st time I actually said to myself ” I was there.” the Ghanaian emotional rollercoaster.

By Brent Spilkin3rd Jul 2010No Comments

Last night I was proudly an African. I have no affiliation with Ghana or its people. I am a white South African.
A “Whitee” with a natural hint of racism being brought up in an apartheid
regime. But last night I was different. I felt the attraction and warmth of
the people. I felt the love and the “vibe” of the people. I was a proud
black African.

Now without sounding blasé I have been to several FIFA World cup games but
none of them were as emotionally draining as last nights. The crowd was
raised up in a fury of excitement then dropped like red carded player from
the next match, within seconds. Up and down, up and down, over and over. For those of you who did not see the game, Ghana scored the opening goal
seconds before half time. This left the 95% Ghana-supporting crowd, on a
piss break high. Within minutes of the second half that arrogant blonde
Uruguayan player, his name conveniently escapes me, put the ball into the
back of Richard Kingsons net from a free kick. Now the game was on! In the closing minute of EXTRA time, the now famous “second goal keeper”
kept the ball out his Uruguayan net with both his hands. This was it. This
was the dream, the fairytale ending to the African dream. A penalty. Easy
peazy. I was sitting behind the goal where Ghana would finish the match in the
final play winning 2-1. But then tragedy. The ball struck the upright bar
and a nation, a continent and I fell to the ground with a singular word
being shouted – “FUUUCK!” then, all as one the crowd died, a sudden death,
on the inside. There was still hope. Penalty shootouts. The stadium booed every South
American goal and cheered every miss. At the end, there were big boy tears welling up in my eyes. The mood was
somber and the crowds were hushed in despair. It was long train ride home, but deep in the back of all the Whitees minds
we knew why we love Africa. We knew we were one and we knew we were robbed
as one. Africa is a tough place. Africa is not for pussy’s and that’s what
makes us better than the rest. Better than the sterile Europeans and far
better than the stealing and dishonest South Americans. I still feel sad. It’s a sadness I cant explain. It’s the death of a dream,
but I was there!
Ghana you raised my spirits, you entertained me, you gave me hope and let me
show you the love I have for you.
See you in Accra my black brothers. Brent. PS. Don’t bother trying to see that handball on YouTube as FIFA owns that
material and has blocked all links. The fuckers. 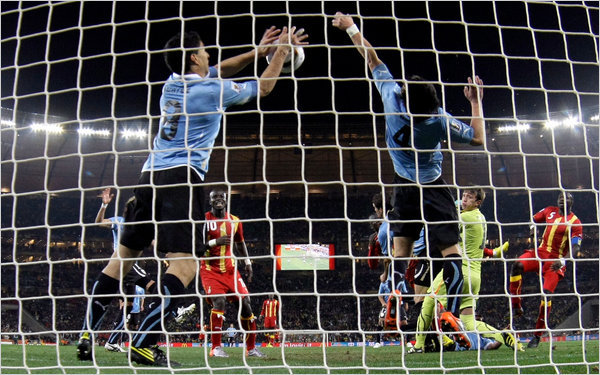