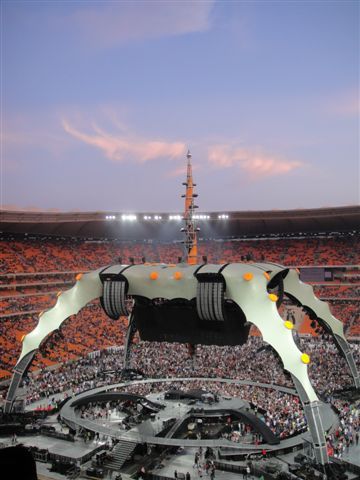 By Brent Spilkin15th Feb 2011No Comments

I usually start my blogs with “So…”

So… on Sunday I ventured out to see U2 at Soccer city (FNB stadium) which
was the 5th time I have been fortunate enough to witness such an event. Now
I used to be the world’s biggest U2 fan. Flown to London twice, Australia
and even once drove to central Joburg (yeesh!) to see them. Of late their
last few albums have been rather disappointing, if not down-right shit. But
after every live show I walk away thinking that I have just witnessed
something spectacular. U2 are showmen first and foremost. They used to be
musicians first, but those days ended, in my opinion, after the Achtung
Baby! album of 1991. So for 20 years they have been re-hashing old classics
in new ways. Sunday (bloody Sunday) was no different. The show was truly mind blowing.
The sheer size of the stage and the planning and logistics of the whole
event boggle my mind. The bespoke stage that’s schlepped all over the world
is something out of a sci-fi movie. Let’s get this straight, I’m no longer the biggest U2 fan, but I’m still
smiling at the extravaganza that was their show.

From the nose bleed seats I could not see the ego that is Bono, but who
needs to ? I was there for the crowd, the cold shivers I had with Tutu’s
prepped speech and the energy that only 110,000 (reportedly) South African
Souls can bring to an arena like soccer city. Now that’s the 3rd time I’ve
had tears of joy in that stadium – it’s a magical place.

I would also like to compare Friday nights RAMMSTEIN concert to this show.
By no means are the 2 concerts even in the same category, but I think that
Rammstein had more stage presence, truer support and without the special
effects of each show, Rammstein would have been my 1st choice in live act.
They fucking rocked hard. I would go and see either set again in a heartbeat. U2 are the rolling
stones of my generation, except I’m getting tons of satisfaction. Walk on…. Spillly 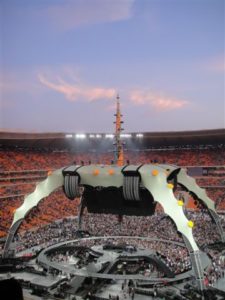 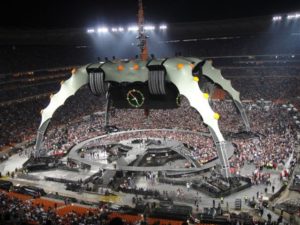 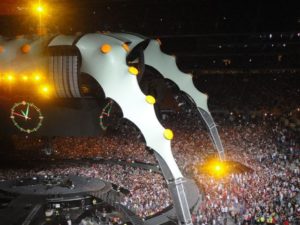 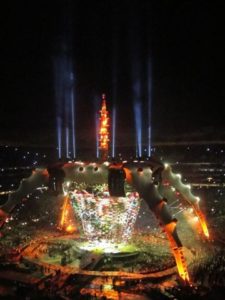 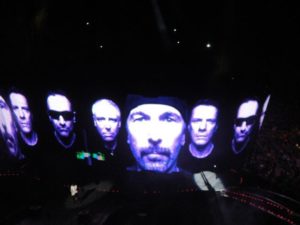 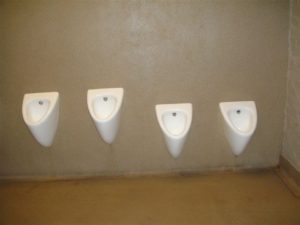 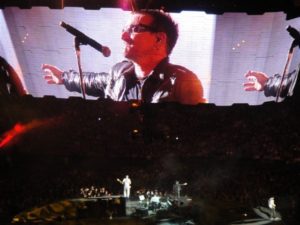 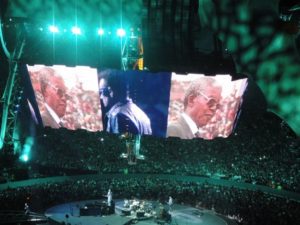 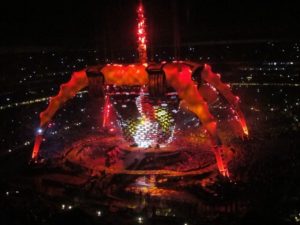 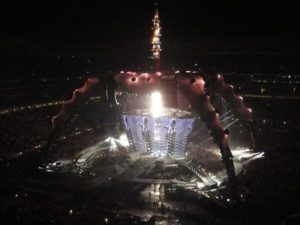 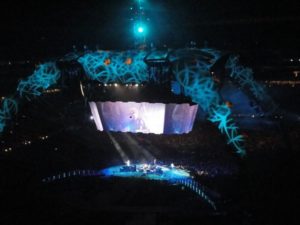 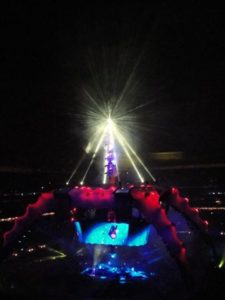 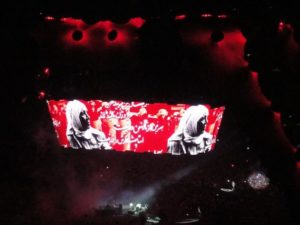 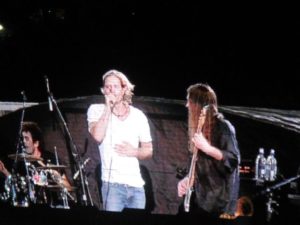 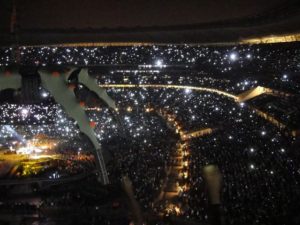